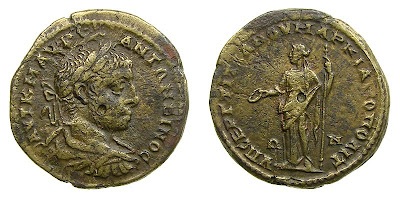 Is it weird to have a favorite coin to handle? Perhaps. There are many things to enjoy when collecting coins, so why can't a coin just be "fun" to handle. I’d like to know if others have favorite coins to handle, or am I the only weirdo? (More than likely!) Thanks for reading.
Posted by Kevin at 7:57 PM